What Do Barack Obama and Ronald Reagan Have in Common?

On paper, presidents Barack Obama and Ronald Reagan could not be more different. But despite their political differences, they do have something in common regarding their approach to taxes.

The History of Federal Income Tax 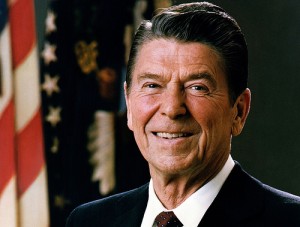 In the olde tyme days before Ronald Reagan, Federal tax brackets remained static from year to year. Therefore, if your pay merely kept up with inflation, you would find more and more of your income subject to higher and higher tax brackets. This reduced your purchasing power because the real value of your income had remained unchanged. This was a big problem in the 1970s when inflation was quite high. What was the solution? Congress would step in every few years and would raise the tax brackets. This allowed everyone in Congress to pat themselves on the back for across the board tax cuts every few years, even though all they were really doing was keeping taxes the same.

In 1981, President Reagan signed into law (as part of a broad tax overhaul) the indexing of the Federal tax brackets, the standard deductions, and the personal exemptions, to take effect in 1984. Every year after that, taxpayers would see a small tax cut before adjusting for inflation. Most of the tax changes under the early Reagan years settled into their current structure by 1986.

History of the Alternative Minimum Tax

In 1982, President Reagan enacted the present day Alternative Minimum Tax or AMT. The AMT is a separate tax rate that is parallel to the Federal Income Tax. Long story short, you get to pay whichever is higher. President Reagan must have forgotten about 1981, because AMT was not indexed to inflation. This lapse trapped more and more people every year. AMT was ‘patched’ eleven times from 1986 to 2012 under presidents Bush 41, Clinton, George W, and Barack Obama. For the record, the predecessor to AMT goes back to the prehistoric days of 1969.

What Similarities are there between Barack Obama and Ronald Reagan? 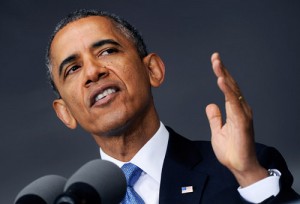 In 2013, President Obama signed the American Taxpayer Relief Act of 2012. This bill, in spite of putting in place the “fiscal cliff,” delaying everyone’s tax returns, and being a symbol of dysfunction in DC, took a page out of President Reagan’s book and indexed AMT to inflation.

What about your thoughts?

Do you have any thoughts on this subject matter? Maybe you know of a few other similarities you want to talk about, please feel free to leave your comments below or post to our Facebook or Google+ page. Perhaps you want to know how this indexing affects your income tax bracket?

Read about the Permanent AMT Patch of 2012 here.

We have 3 convenient locations in MA
Norwell, MA
Dedham, MA
So. Weymouth, MA
Please refer to our locations page for information and directions to each of our locations.