Watch Out Tom Brady, the Tax Man is Coming

As football season gets going, Tom Brady and the Patriots are almost back on top. I say almost because the Bills are ahead on the divisional record to the tiebreaker goes to the Bills right now.

Let’s consider the post-season for Tom Brady and when I say post-season, I really mean tax season. This case study applies to most professional athletes who play in multiple states, but I digress. I did a search for Mr. Brady’s contract and he seems to be making about $17 million per season just from his NFL contract. Let’s call it $1 million per game for argument sake and we will only consider the top tax rates when considering the states.

But wait, he made $5M so far but he is getting taxed on $7M; that is not right. How very astute. Tom Brady will get a credit in his resident state for the taxes paid to a non-resident state. He should get the full $46k paid to Colorado as a credit to California.

But wait, he only gets back $52k out of the $98K he paid to Minnesota because the tax rate in Massachusetts is lower. 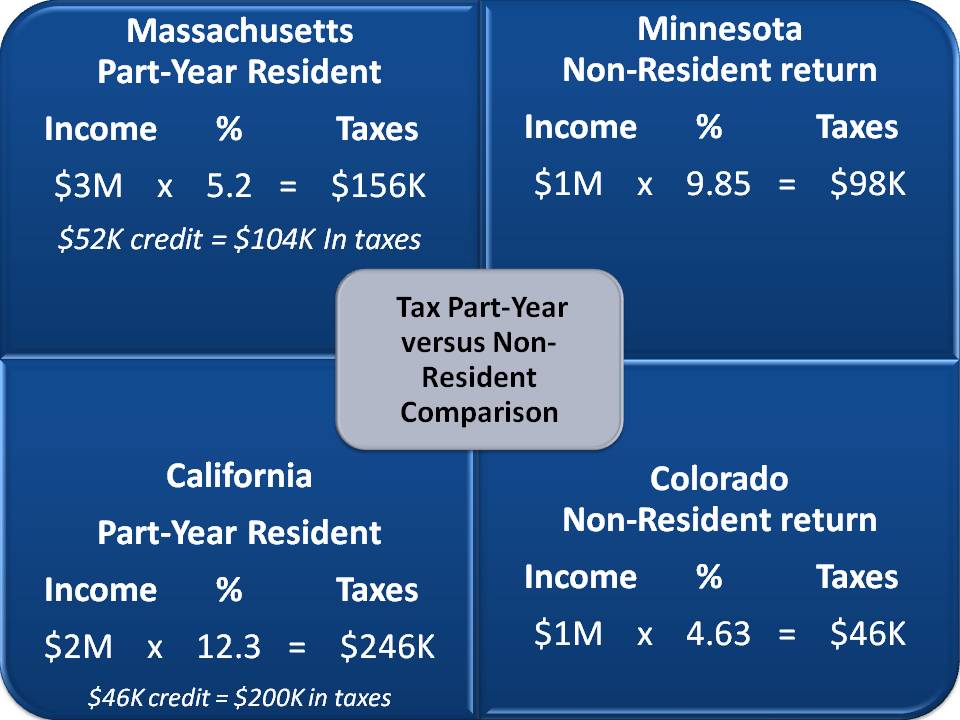 Now that is a flea flicker.

Only 13 more games to go. Maybe we should take this one game at a time.

Do you have an out-of-state experience you would like to discuss? You may leave a comment below or go to our Facebook or Google Plus pages.

We have 3 convenient locations in MA
Norwell, MA
Dedham, MA
Please refer to our locations page for information and directions to each of our locations.