What does the future hold for a person’s taxes under President Trump?

One topic that is frequently being discussed is what are President Trump’s tax plan? How will it affect me as an individual? Numerous blog posts on the issue; many say that the wealthy will benefit the most from Trump’s tax plan, and some say that low-income taxpayers will see tax increases. So what is it? 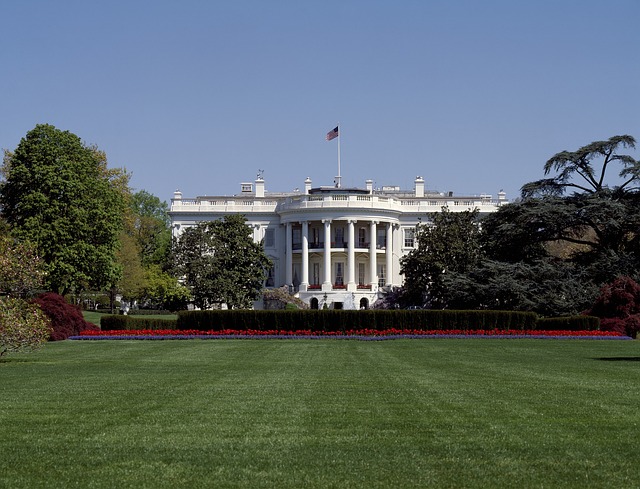 Those predictions are based on his proposal to consolidate the individual income tax rates from seven to three: 12%, 25% and 33 percent. The “Better Way” tax-reform blueprint that Republicans in the House of Representatives released in June 2016 include these same three rates.

Under Trump’s tax plan, he plans to eliminate the two highest current tax rates, which are 39.6% and 35%. This tax rate removal generally favors higher-income taxpayers. However, the tax brackets alone tell only part of the story.

Trump is proposing more than doubling the standard deductions, which would benefit lower-income taxpayers. The marginal tax rates apply only to taxable income. Right now, taxable income is calculated as adjusted gross income minus personal exemptions and deductions—either standard or itemized. This means that the increase in the standard deduction will tend to neutralize the higher marginal rates for lower-income taxpayers.

According to an estimate by the nonpartisan Tax Policy Center, of the 45 million filers who would itemize their deductions in 2017, 27 million (60 percent) would opt for the standard deduction under the rules.

To see how the proposal’s combination of new tax rates, higher standard deductions, and cap on itemized deductions (see below) could affect your taxes, pull out your 1040 tax return from either 2015 or 2016 and complete the worksheet below. Then compare line 6 (your tax computed using Trump’s proposed three-tier tax rates and standard deductions) to line 7 (your tax as computed on a prior 1040) to get a rough idea of how these tax proposals could impact you. 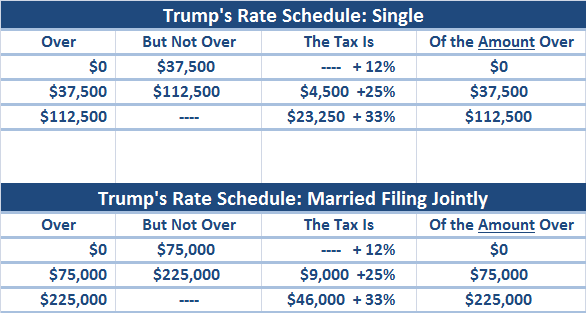 I have big family, will Trump’s tax plan affect me?

Although this is not clear, Trump’s proposals may include eliminating personal exemptions. If true, this change will have the greatest effect on lower-income taxpayers. Note, these exemptions are already on the way out for higher-income taxpayers. Those with large families could be experience the biggest change. Trumps tax plan eliminates the personal exemptions then the amount on line 3 of the worksheet above would be zero.

Other Factors to Consider with Trump’s Tax Plan

The tax-rate changes, higher standard deductions, and limitations on itemized deductions don’t paint the whole picture of the proposal. It is unclear what will happen to the numerous credits available to lower-income taxpayers under the current tax system. Approximately 48% of all U.S. taxpayers pay no tax at all, and most of them actually receive money back on their returns as a result of refundable tax credits such as the earned income tax credit, the additional child tax credit, and the American Opportunity Tax Credit (a tuition credit).

The process of repealing the Affordable Care Act (also known as ACA or Obamacare) is coming into play by Republicans. Now that Republicans have majorities in Congress and the Senate, along with control of the White House, we are bound to see some changes in the future. The health care marketplaces are already accepting insurance coverage for 2017, so it is doubtful that there will be any changes until 2018. However, Trump made a vow to overturn the ACA’s 3.8% excise tax on net investment income; eliminating this tax would greatly benefit higher-income taxpayers.

How Will Tax Reform Affect Me Personally?

It is probably too early to have a clear picture of future tax reforms, but change is sure to come. If you have questions about how your tax situation may be impacted, please give Alex Franch, BS EA at Worthtax a call at 781.849.7200. He has over 8 years experience helping his clients get the most out of their tax refunds. But you will want to get a jump on this year’s tax season soon. Call our office for an appointment today, so you can beat the rush. Worthtax has locations in Quincy, Weymouth and Dedham or book your appointment online. Remember, it is better the money is in your pocket.