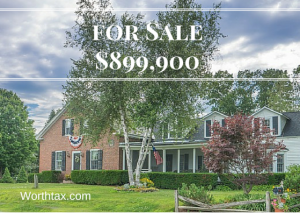 Selling your house may be bittersweet with all your memories being handed off to a stranger. Maybe selling your house comes with the jubilation of not having to spend your weekends fixing something. Whatever the case, houses around the Boston area are expensive and you may have some tax reporting to do.

Beware When Selling Your House

Here are some things you should be aware of:

Years ago you had a small business that you were running out of your house. You claimed a home office deduction for a couple of years. You now need to recapture that and pay tax on what you depreciated. If the cumulative depreciation totaled $5,000, you have to pay tax on the $5,000 recapture.

But, you say you did not make $100,000; you only got $50, after you paid off your mortgage. Your gain is not a function of your mortgage balance. Surprise.

Let’s say none of this stuff applies to you selling your house. You have a straightforward sale of a personal residence. You get to exclude the entire gain and 2 years after you file your tax return, you get a nice letter from the IRS claiming you owe them $100k in taxes. That is because when you sold the house, somewhere in that giant package of papers that you received at closing was a Form 1099-S that reported to the IRS that you received $400k for the sale of a house and you did not report it on your Schedule D. Well, how is the IRS supposed to know that you are excluding the gain. They also assume the gain was the entire $400k so they took the liberty of adjusting your tax return as such. (If this happened to you call me, Alex Franch, BS EA  at our WorthTax office, 781.849.7200.)  Not the hardest fix, but it could have been avoided had the sale been properly reported on the Schedule D when you filed your tax return in the first place.

Finally, you got the house from your great uncle’s other brother twice removed. He originally bought the house in 1954 for $3 and a bushel of corn. The house has been in a trust for the past 30 years. All the people who were alive when this was done have passed away.  To that I say, good luck!