Same-Sex Marriage: Now That It Is Legal In All States, What Are The Tax Implications? 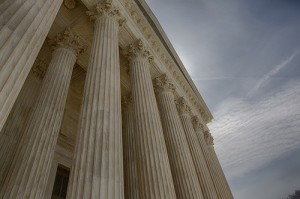 On June 26, the Supreme Court ruled that the Fourteenth Amendment to the Constitution requires all states to license marriages between two people of the same sex. It also required that all same-sex marriages performed in other states are recognized in every state in the USA. This comes approximately two years after the Supreme Court overturned the Defense of Marriage Act (DOMA) enacted by Congress and signed by then President Bill Clinton. DOMA defined marriage as “legal union between one man and one woman as husband and wife.”

This has wide-range implications for married individuals who reside in states that until now have not recognized same-sex marriage. Also, for those who can now marry in their state, including employer-provided employee and spousal benefits, retirement issues, Social Security benefits, and of course tax issues.

Being married for tax purposes is not always beneficial. It depends on a number of circumstances. The following are some of the tax breaks available to legally married same-sex couples:

There is a negative side as well.

Many same-sex married couples, especially higher-income ones, may find that filing as married has unpleasant income tax outcomes. Divorcing before the end of the year can fix that. However, before employing that strategy, a couple needs to consider the other financial benefits of being married. The following issues are commonly encountered by same-sex married couples.

For those who are registered domestic partners (RDPs) in California, the Supreme Court’s recent ruling does not address the IRS’s position that these individuals are not legally married and therefore not eligible to file as married. Unless IRS changes its interpretation, RDPs will still not be able to file as married for federal purposes.

We invite you to visit our Facebook or Google+ pages to leave your thoughts, or feel free to leave a comment below this blog.

Click here to read about The Supreme Court’s 5-4 landmark ruling on Obergefeel v. Hodges with regard to Same-Sex marriage.

Perhaps you know someone who may benefit from this information, please feel free to share: