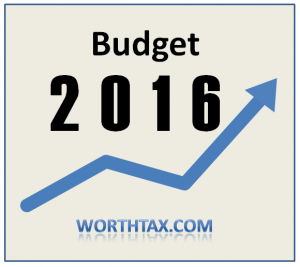 President Obama’s 2016 Budget Proposal was just released and includes a number of tax proposals that would increase the taxes on higher-income taxpayers and provide more tax breaks for low- to middle-income taxpayers. The following are some highlights of the proposal that would impact individuals and small businesses – but remember, these are proposals only.

President Obama’s 2016 Budget proposal would implement the Buffett Rule. This rule, which is a carryover from prior year budget proposals, would require the wealthy to pay at least a 30% effective tax rate.

These are all proposals by the Obama administration. Keep in mind that they still must be approved by Congress. The information is being passed along so you will have an idea of what might happen in the future.

In Part 2 we will talk about Gift and Inheritance tax provisions.

Do these provisions and rules confuse you? Are you concerned what the president’s 2016 budget has in store for you, if it is passed? If you have thoughts, questions or concerns regarding how your taxes are filed, contact us or visit any one of our locations. You may also leave your comments below or post on our Facebook, Google+ or LinkedIn pages.

Maybe you know someone who can benefit from this information, feel free to share:

Time flies – before it slips away, call Alex Franch, EA at 781-849-7200 for your appointment and learn about our client discounts here.