Married to a Nonresident Spouse?

Nonresident Spouse or as the IRS puts it, a nonresident alien, what is that, you may wonder?  In this day and age, with businesses going global and worldwide travel being so easy, it is more and more common to see marriages occurring between a U.S. citizen/U.S. resident alien and a resident of another country. These marriages trigger significant tax consequences. 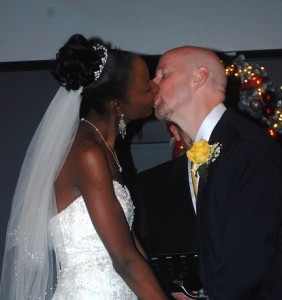 Individuals who have become permanent U.S. residents but are not U.S. citizens are classified as U.S. Resident Aliens. To be classified as a U.S. resident alien, the individual must be a “green card” holder or meet a “substantial presence test” that is based on time spent in the U.S in the current and prior two years. For U.S. income tax purposes, a resident alien is treated the same as a U.S. citizen and is taxed on worldwide income.

However, being married to a nonresident spouse complicates the selection of a filing status for U.S. tax return purposes and requires the couple to make one of two possible elections:

For a citizen/resident to file a joint return with a nonresident spouse, the taxpayers must include and pay U.S. taxes on the worldwide income of both spouses on their joint U.S. tax return, or

Filing Status Implications if You Are Married to a Nonresident Spouse

The choice of filing status has significant tax implications. If filing jointly, the taxpayers enjoy the lower tax rates of the married filing jointly filing status, have a higher standard deduction ($12,600 for 2015, as opposed to $6,300 for married individuals filing separately), and are able to claim the $4,000 personal exemption for both spouses. On the other hand, if the non-resident spouse has significant income, especially non-U.S. source income, it may be a better choice for the U.S. citizen/resident to file married filing separately without the non-resident spouse’s income.

Higher income taxpayers with investment income are subject to a 3.8% surtax on net investment income. This surtax has an income threshold of $250,000 for married taxpayers filing jointly and $125,000 for those filing as married filing separately. However, individuals filing as non-resident aliens are not subject to this surtax. Therefore, when weighing the pros and cons of making the election to treat a non-resident spouse as a U.S. resident, the effect of the 3.8% tax on the couple’s total tax picture must be analyzed.

Another issue to consider is that when one spouse is a non-resident alien, the earned income tax credit can only be claimed on a joint return.

To make the election to file jointly, both parties must make the election by attaching the required statement, signed by both spouses, to the joint return for the first tax year for which the choice applies. Generally this will require obtaining an individual taxpayer identification number (ITIN) for the non-resident spouse because the non-resident spouse generally will not qualify for a Social Security number.

Are You Married to a Nonresident Spouse?

Determining your best course of action for tax purposes when married to a non-resident alien can be complicated. If you need assistance in making the decision of whether or not to treat your non-resident spouse as a resident and/or obtaining an ITIN for your spouse, please call Alex Franch, BS EA  a call at 781-849-7200. To read more from the IRS on this subject matter, click here.