Earned Income Tax Credit: Do Not Miss Out 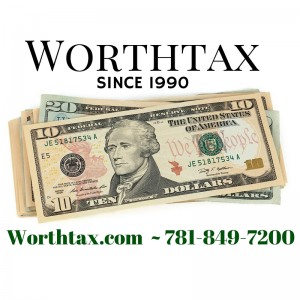 The Earned Income Tax Credit (EITC) is a tax benefit for working people who have low to moderate income. It provides a tax credit that is treated like tax withholding. It goes to pay an individual’s tax liability, and any excess is paid to the individual in the form of a tax refund.

Qualifications for the credit are based upon the amount of the filer’s earned income, the spouse’s earned income if the filer is married, and the number of qualified children on the tax return. Any child must either be under the age of 19 or be a full-time student under the age of 24 at the end of the year. Low-income earners between the ages of 25 and 64 who do not have a qualifying child may also qualify.

What Does Earned Income Mean?

Generally, earned income means income that is earned. Income from working, such as W-2 wages and self-employment income is considered earned income.

The credit increases as the taxpayer’s earned income or adjusted gross income (AGI) increases until it reaches a plateau, where it remains constant (at the maximum amount) until it reaches the AGI phase-out threshold. Once the threshold amount is exceeded, the credit is reduced by a set percentage; if income exceeds the top of the phase-out range, no credit is allowed.

How is the Earned Income Tax Credit Computed?

Computing the credit, like all things tax, is complicated. The credit is determined using IRS tables that reflect the dollar amounts at which phaseout begins and ends. However, the illustration below can help approximate the credit for 2015.

What Else Should We Know?

Individuals that claim either the foreign earned income or foreign housing exclusion also will not qualify for the earned income credit.

Members of the military can elect to treat all or none of their nontaxable combat pay as earned income for the purposes of computing the EITC. The calculation providing the larger EITC benefit can be used.

Please understand that a taxpayer who might not normally be required to file a return might still benefit from filing to claim the EITC.

However, because the potential payout of this credit is so generous, it is the constant target of scammers. In 2014 the government paid out nearly $18 billion in improper EITC payments. Besides scammers, the qualification for EITC is frequently contested between divorced parents who are both attempting to claim the same child in an effort to qualify for the EITC.

The IRS is authorized to ban taxpayers from claiming the EITC for two years if it determines during an audit that they claimed the credit improperly. This can be due to reckless or intentional disregard of the rules. Last year, there were more than 67,000 two-year bans in effect. The ban lasts 10 years if credit was claimed in an earlier year due to fraud.

IRS Promotes the Earned Income Tax Credit – Use It Wisely

The government wants those who are entitled to the credit to claim it. That is why the IRS widely promotes the credit. However, the rules are complex and best addressed by a tax professional. Here is where Worthtax can help. If you have questions about how the EITC might apply to you, call Alex at call Alex Franch, BS EA at 781.849.7200 for additional information. He understands the details involved with the Earned Income Credit and the IRS requirements. We have locations in Quincy, Weymouth and Dedham.

Other articles about taxable income:

We have 3 convenient locations in MA
Norwell, MA
Dedham, MA
So. Weymouth, MA
Please refer to our locations page for information and directions to each of our locations.