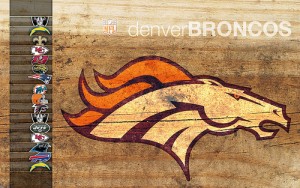 Broncos win of Super Bowl 50 was a surprise to some. Not to me, they had a tight defense. I just hope their defense was just as good when planning to pay the Jock Tax.

Superbowl 50 was in California this year. California is one of those states that charges a “jock tax.” I know your are moaning, are you kidding me? A Jock Tax? It’s true! Payton Manning will have a hefty amount to share with the state after the Broncos win. But take comfort, the referees will be subject too.

Just like you may earn overtime or a bonus at your job, these Bronco and Panther athletes make a hefty bonuses for the playoffs and Superbowl. The athletes who play for the Broncos, Panthers or our beloved Patriots are subject to taxes on a State and local basis. This makes their taxes are very complicated. They have to have a really good CPA on their team. Hum, they should call Worthtax!

Since these athletes play in many cities throughout the US, each city may have a local tax imposed. And, each city is located in a state that may require a jock tax on a portion of their multi-million dollar contracts. This jock tax, another form of income tax, is not only collected where they are based, but also where they live.

Oh, and when we say the Broncos win got them a big, beautiful ring? They they may be taxed on the that as well. I guess in the end, we can really say, California won.

Each State Has Their Own Tax Rules

States tax all earnings of the residents residing in that state. However what about non-residents? That is not always the case. In Massachusetts, nonresidents are taxed on the income that results from sources within the Commonwealth.

Some states will tax nonresident income. Chances are if a city (and state they are located in) hosts a large NFL, NBA, NHL or other major league sports events, then it is likely that they have the jock tax. It is just one more opportunity for generating revenue, I guess you can say.

Not All Fun and Taxes When Broncos Win or Lose

You may ask yourself, “Why don’t more athletes live in Massachusetts?” Guess what?  Massachusetts has a jock tax. Think about it, we are home to the New England Patriots, the Boston Red Sox, Boston Celtics and New England Revolution. That is a lot of tax revenue to be made for the Commonwealth. States that do not have a jock tax are Florida, Washington, Texas and Tennessee. That is why those states, especially Florida, are able to successfully recruit those big names and keep them as residents. And I bet you thought the awesome weather was the only reason that athletes live in Florida? Well, partially, but professional athletes, who live in Florida do not have to pay taxes against the income they earn playing there.

So when a player happens to mention they would rather play in one city rather than another, it may not be due to loyalty or rivalry. Although, we would like to think that. They very well could be thinking about their tax return. Keep that in the back of your mind the next time you play fantasy football.

Professional NFL player or not, we are here to help you sort through your taxes. Call Alex at 781.849.7200 . Worthtax has a sign-on bonus of our own. In addition to our guaranteed pricing, we are giving $50 American Express gift cards to any new clients who have their taxes completed and filed by WorthTax. Worthtax provides ultra-convenient service and triple check accuracy. We have locations in Quincy, Weymouth and Dedham. Although, if you are a Broncos’ fan and you booed our beloved Patriots, well … don’t do it again!